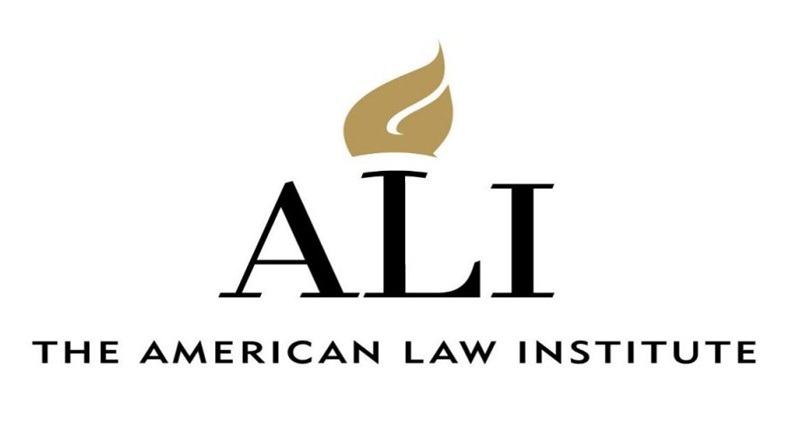 By Dr. Ira Ellman . . . On June 8, 2021 the membership of the American Law Institute gave its final approval to a revision of the Model Penal Code’s chapter on Sexual Assault and Related Offenses. This project was initially authorized by the ALI Council in 2012.  The appointed Reporters, Professors Stephen Schulhofer and Erin Murphy of the New York University School of Law, began work immediately, preparing drafts for discussion with the appointed project Advisors and the Members’ Consultative Group. As is normal with ALI projects, these groups included practicing attorneys, judges, and scholars who are experts in the subject. Portions of the project were presented to the full membership at the annual meetings in 2014, 2015, 2016, and 2017. The ALI Council agreed on January 22 to recommend the membership’s final approval of the completed project. Tentative Draft Number 5 was then considered and approved by the Membership at the 2021 annual meeting held on June 8. The Reporters will now prepare the final published version reflecting the discussion at the Annual Meeting as well as editorial improvements.

The complete Tentative Draft, 600 pages long, addresses the substance of the full range of sexual assault crimes. It contains the Blackletter provisions setting forth the code’s statutory language for each section, official Comments interpreting and explaining each section, and Reporter’s Notes providing background and citations to sources relied upon by the Reporters in the draft. The original version of the Model Penal Code was published by the ALI in 1962. It was and remains highly influential. According to Wikipedia more than half the states enacted criminal codes that borrowed heavily from the MPC, and even courts in non-adopting states have been influenced by its provisions. It was a forward looking document. One important and influential contribution of the 1962 MPC was the removal of noncommercial sexual acts between consenting adults, such as sodomy, adultery and fornication, from the criminal law. In 2001, however, the Institute concluded that revision of some portions of the 50-year-old MPC had become necessary. This project, revising the portions of the MPC addressing sexual assault, is one of three separate revision projects on different portions of the code. The original MPC contained no provisions on a sexual offense registry; the inclusion of that topic in the MPC is among the most significant revisions to it now approved by the Institute.

The MPC’s registry provisions are contained in 11 sections. Including an official comment providing an Executive Summary, they are set forth in the final 120 pages of Tentative Draft No. 5. While the MPC adopts something called a registry, its substance departs significantly from existing registry laws, federal and state, as the Comments acknowledge. Key differences are:

The American Law Institute, established in 1923, is the leading independent organization in the United States producing scholarly work to clarify, modernize, and otherwise improve the law. The current Council of the ALI includes 7 members of the United States Courts of Appeal as well as Justices on the highest courts of California, Arizona, Texas, and New Jersey. The recommendations of the ALI Council become the official position of the Institute when (as with these revisions to the MPC contained in T.D. 5) they are adopted by the members, which consists of leading attorneys, law professors, and judges who have been nominated and elected to membership.

Dr. Ellman is a Distinguished Affiliated Scholar with the Center for the Study of Law and Society at the University of California, Berkeley and a Charles J. Merriam Distinguished Professor of Law and Affiliate Professor of Psychology, Emeritus, at Arizona State University. He is the author of a recent paper “When Animus Matters and Sex Offense Underreporting Does Not: The Sex Offender Registry Regime.”

NCRSOL asks Sheriff Harrison, others, to obey the law on social media restrictions