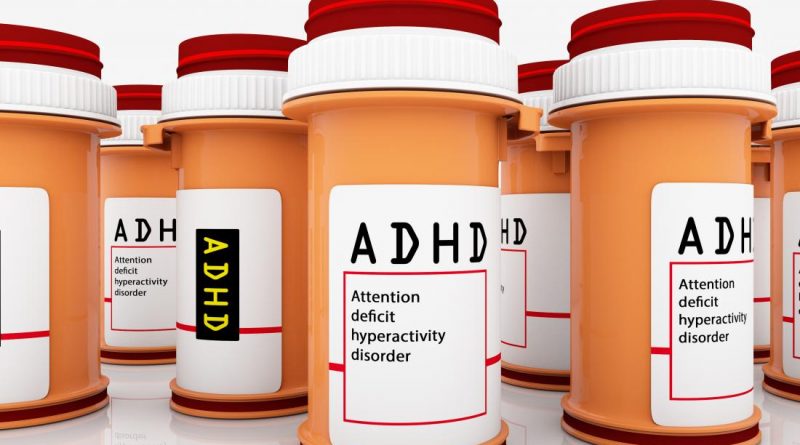 Society has a strange way of labeling sex offenders or those accused of sexual offenses. The amount of rhetoric and misinformation about the treatment of sexually based offenses significantly differ. There is a long-standing argument there is no cure for sex offenders. There is no rationale or logic to that argument, but it continues to be the ignominy of sex offender society. A 2011 study published by the National Center for Biotechnology Information may shed light on that argument that sex offenses are usually committed by those diagnosed with attention deficit hyperactivity disorder (ADHD).

For the sake of argument and devil’s advocate, let us assume these findings to be valid. That would suggest that ADHD medications are the cure for sex offenses? Naturally, that discovery is a “hard pill to swallow” for the most educated of professionals. But it may pose a critical question that ADHD medications could have possibly played a part in the reduction of sexual offenses? Some physicians admit the misdiagnoses of ADHD candidates because of the expense and specialty services required to determine if a subject is indeed an ADHD candidate. Are we getting closer towards an earth-shattering discovery? Good try, but not so fast.

Many ADHD candidates do not have insurance coverage for such testing. Thus, many ADHD or bipolar candidates never know about their diagnoses. Instead, the focus on the accused is DNA swabs, STD kits, and evidence collection. Where is the mental health evaluation? In most cases, no value is placed on what the scientific community has proclaimed an important discovery or usefulness to reduce potential mental health cases.  Instead, the rhetoric begins when the accused is immediately labeled without any medical assessment as psychopathic or narcissistic. Keep in mind there was no intensive mental evaluation provided by a Sherrif with its own hand-selected physicians assistant and a social worker? This is where law enforcement in tandem with prosecutors begin the creation of ignominious and demeaning words to describe the accused rather than seeking a scientific motive. The scales of justice should include forensic psychiatry to learn how to become better at reducing sex crimes accurately. Alternatively, the forensic and application of any investigation are outweighed by social media opinion and mass classification. Ironic that the courts and law enforcement only benefit social media or public opinion rather than evidence against accused sex offenders to decern character or a potential medical condition. Sex offenders are the only defendant where fear-based rhetoric is continuously used instead of relevant and up-to-date scientific study.

Perhaps there is a slight correlation between ADHD and sex offenses. Afterall traditional ADHD motives are identified as impulsive behaviors, difficulty paying attention, difficulty maintaining a stable relationship or job, poor self-image, and in some cases hypersexuality. Studies have show that hyposexuality and ADHD decrease due to the side effect of medication usually treated for those diagnosed with ADHD. But I wouldn’t go rushing to my local Walgreens exclaiming, “I need my ADHD medication to lower my sexual tendencies!” I certainly cannot waltz in my psychiatrist’s office and begin openly discussing sexually specific circumstances. By law, my psychiatrist must report any information to law enforcement. Again, police are in the middle of where a professionally licensed doctor should be. This is where an effective treatment plan can be derailed or hindered by an honest and full disclosure process.

Will there ever be a successful treatment plan for sex offenders? That will be a question that society over time will need to reevaluate and determine with scientific facts instead of politized charm and mislabeling by law enforcement. If ADHD, depression, bipolar, or other mental health issues are not addressed during a health screening then, of course, there may never be an effective treatment plan. The legislative body and courts pathway towards offender treatment is by creating a recidivism based program. There is not one law enforcement program in North Carolina that allows a registered sex offender to come forward for assistance without consequential circumstances of being quickly identified as a threat to public safety. Even the best role model registered offender is treated the same as a sexually violent predator in the eyes of the courts and police.  The aspiration to learn a valuable life lesson and inculcate a sign of respect for humanity leaves no room for amelioration. Does that sound like an effective treatment plan or assimilation back into society?

Let’s face some real facts. Sex offender treatment in America is nothing more than a money scam and rubber stamp for the judiciary. Nearly all of the facilitated programs directed by the courts are managed by untrained volunteers or self-appointed non-professionally unlicensed Dr. Phils. The locations for such programs are not at a physicians office but usually held in a run-down building on the wrong side of the railroad tracks; even the coffee is bad. But the offender required for this court-mandated “premium” treatment program is receiving no value towards finding a potential remedy to the sex offender treatment reduction statistics. If these programs were remotely successful, then there would be a DVD package with a Hollywood cast of superstars delivering the fix society has been long looking for.

Instead of using a tool such as a thoroughly researched medical study. Sex offenders will unseemingly never be within reach of well-known facts and professional scholarly opinion.  There is no magic pill to reverse the effects or change the past. Law enforcement, politicians, and the courts seem to create iniquitous programs to keep an offender from soliciting a potential fix, faith with support or remedy. It is the new indentured servants with a profitable business model to keep law enforcement and so-called Dr. Phil experts on the payroll for a long, long time. Each time the sex offender registry changes or expands, then it proves that there is no desire by politicians, the courts, and law enforcement to facilitate the panacea for all affected by the sex offender registry.

Removal of a sex offender registration system is only the beginning. There must be a discussion of how to return medicine, social work, and psychiatry to the doctors that seem to know what they are doing better than the politicians, courts, and police. The real cure for sex offending starts with proactive discussions with physicians that can assess and best treat addictions or other notable conditions. If the saying begins with there is no cure for sex offenders then the discussion missed the wrong target audience. Cures are what doctors treat and seek discovery for effective treatment plans – not registries or police.

The views and opinions expressed in this article are those of the author and do not necessarily reflect the official policy or position of this website.

Let’s not repeat history – We should learn from it

One thought on “Sex Offender Cure?”