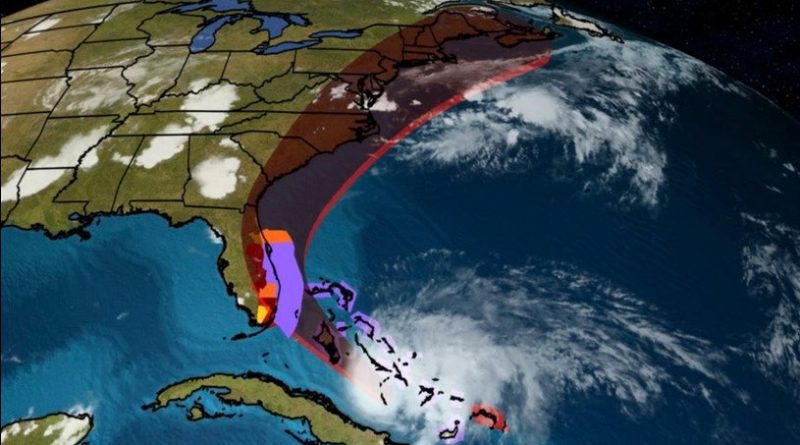 By DWAYNE DAUGHTRY – If COVID-19 wasn’t enough bad news, now the state is facing its first hurricane to perhaps make landfall on the coast of Wilmington. Yet, while Governor Cooper declares a state of emergency ahead of the storm, those affected by the sex offender registry are again left out of mitigation planning and safety concerns.

Attorney General Josh Stein has had since 2017 to address sex offender issues and sheltering during hurricanes, yet hasn’t produced one memo or suggestion on how to resolve the issue. According to Mr. Stein’s election website promoting priorities of public safety, “To live our lives to the fullest, we must first be safe and secure at home and in our communities.” Mr. Stein doesn’t intend to live up to addressing safety for all since registrants are still banned from all hurricane shelters primarily because they are facilitated on school properties.

Mr. Stein should be reminded that people on the registry have been adjudicated in court for their past wrongdoings. Mr. Stein shouldn’t use the registry as punishment and banishment from basic essential needs and accesses to safety. However, this is exactly what the Attorney General continues to do each hurricane season.

But let’s not put the Attorney General in front of the bus just yet. Our legislative leadership should share some blame in this issue. The N.C. legislature has had nearly a decade to fix the law banning registrants from shelters on school properties. Since 2011, not one bill has been introduced on the house or senate floor to address the state of emergency conditions for registrants and their families.

But while N.C. Governor Roy Cooper stands in front of microphones requesting federal funding to mitigate an approaching hurricane, he also shares a tremendous responsibility of not addressing registrants at emergency shelter issues during his long tenure as Attorney General before he became elected to the states highest office.

It is time for state leaders to take a moment and think of the bigger picture. People on the registry are human beings that paid their price in court. However, people on the registry continue to be the “fear selling modern-day boogie man” used as pawns during elections. Enough is enough! Either we address the most challenging task today, or we will never address the issue at all. Registrants are humans and deserve the same benefits of safety as other humans. Registrants should have the right to unrestricted safety, security, and emergency shelter needs. Now is the time to call your state leaders and make your voice heard. Also, make your voice heard on election day. Vote, and vote for those that listen to your needs and concerns.

The bottom line is that the Governor, Legislature, and Attorney General since elected in 2017 could have addressed this issue, but didn’t. By the looks of things doesn’t seem interested in working hard for the people of North Carolina.