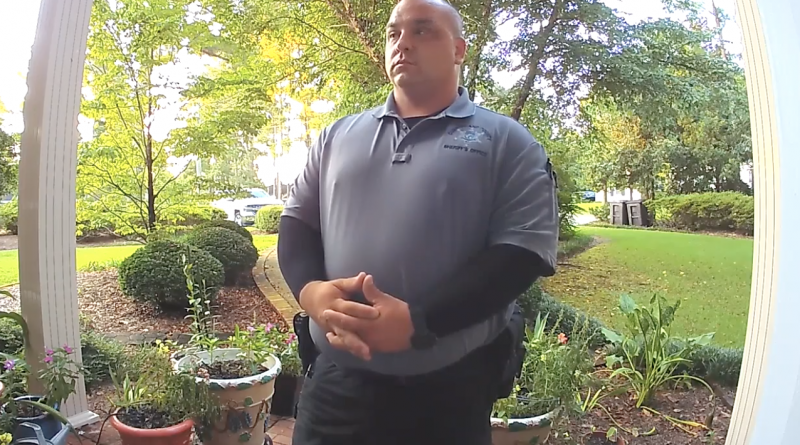 By DWAYNE DAUGHTRY — There was once a time in picturebooks and stories where police officers were often recognizable. Children would often put on dark blue matching pants and button-down shirts and donning a cap and makeshift badge with a homemade patch. These are somewhat the child’s standards of the image of a police officer in our community. Today we are witnessing a dramatic transformation of the typical police officer uniform without the badge, without the officer’s name, without the official police patch, and without much uniformity. It begs to question what a police officer should look like and how we are supposed to identify an officer of the law readily?

States have rules and requirements for sworn officers to wear a badge and uniform. However, in North Carolina, many police and sheriffs departments are skirting uniformity standards by introducing relaxed clothing trends, making it often challenging to identify a police officer. Mostly, if police officers want respect, they should look respectful, professional, and wear the official uniform of the policing agency they represent.

The most disturbing trend is that police officers across the state have migrated toward a mixture of military-style camouflage patterns as a part of the policing uniform. Wearing a combat styled camouflage uniform should be left to our armed forces and not a police agency. However, once again, the badge, the patch, and distinguishing identifications that the person is a police officer are questionable and confusing. In some cases, officers wearing “alternative relaxed/casual” uniforms have been the center of investigations where citizens have been shot by an officer mistakenly assumed for a civilian perpetrator.

A reason for such a candid discussion is how officers across North Carolina often go door-to-door claiming to be performing sex offender compliance checks. While sheriffs checks at home are not a requirement under current law except when notifications have not been verified, deputies often appear at the doorsteps of registrants wearing a mishmash of unprofessional and questionable uniform standards. Who on earth would ever answer a door to someone you could not readily identify? If it doesn’t look like a uniformed police officer, perhaps you shouldn’t answer the door? Law enforcement is supposed to announce themselves or, at least, at a minimum look the part easily identified by a name tag and department issued badge. However, we are witnessing a transformation from a typical police officer into either a militarized or “casual Friday” uniform standard.

Registrants all across North Carolina have contacted NCRSOL regarding officers approaching registrants doors at either 6 AM or as late at 11 PM improperly dressed or not easy to identify as police officers. NARSOL and other advocacy organizations are keenly aware of vigilante groups wearing open-carry weapons dressed in tactical pants and a polo shirt that has either harassed or roughed-up registrants. There are plenty of news stories about “pretend police” and how they prey on the most vulnerable. Citizens on the registry are statistically the most vulnerable population because home information is typically available on the internet. Perhaps if the police would halt unnecessary and possibly unlawful compliance checks, there may be a restoration towards civility, safety for all, and improved relations between the community and law enforcement.

Safety is what police across our state should be providing. That safety begins with an easily identifiable uniform with a distinctive badge, nametag, and official police patch. While uniform standards inevitably change over time, the standards and appearances shouldn’t confuse the general public. If officers are going to knock and bang on registrants’ doors for questionable compliance checks, at least look the part so that registrants or family members may answer the door safely.

The bottom line is that police should wear the police duty uniform and stop pretending to be military members skirting a fine line of “stolen valor” or trying to be a fashion trend of casual Fridays. If police are to remain proud to serve its community, then officers should be proud enough to represent the municipality for the uniform standard that represents the people of that community. Otherwise, police have suggested for decades, “don’t open the door to strangers.”  Perhaps now is the time to heed that advice.