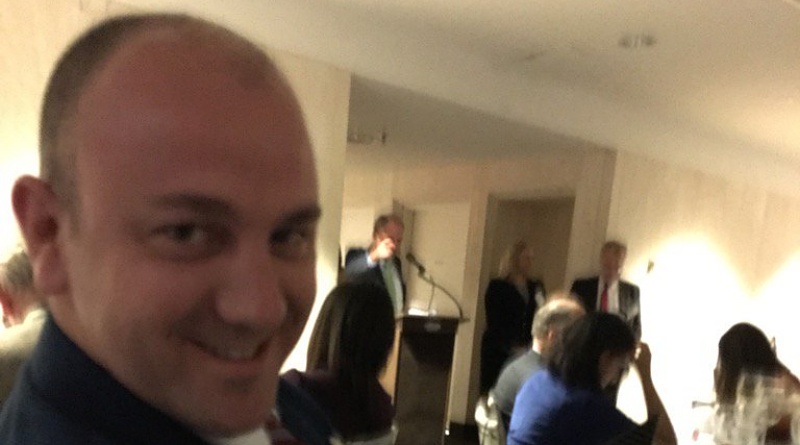 By ROBIN VANDERWALL . . . So, let me be sure I have this solid, Josh Salman of USAToday: IF anyone is EVER convicted of a sexual offense against a teenager, he or she is eternally unfit for janitorial work? Is this right? Is this your credal position as a journalist?

Or maybe what you’re really hoping to convey by your crusading journalistic pinache is that no one convicted of a sexual offense against what the state of Illinois calls a “child” should be allowed to own or operate a business? Is that right, Josh Salman of USAToday?

Perhaps you’re simply offended by the notion that a returning citizen who has fully satisfied a sentencing order and paid his debt to society should be allowed to benefit from government programs financed by American taxpayers? Am I getting warmer, Josh Salman of USAToday?

I scratch my head. Because, taking your logic to its furthest extreme—which is a very rational thing to do in this instance—Ezekiel Lopez shouldn’t be allowed to borrow federal money for education, should never be considered for nutrition assistance, should not be entitled to any social security benefits, should probably not even be allowed to vote in a federal election. Is that right, Josh Salman of USAToday?

Please forgive me. You’ve very likely already forgotten who Mr. Lopez is now that the ink has thoroughly dried on your hit piece financed by Gannett Co, Inc.

Like many other enterprising Americans, Mr. Lopez (who is also a taxpaying American, in case that isn’t clear) applied for and received federal contracts to provide his services. Equal protection. Equal justice. Equal opportunity. Reasonable, right?

Yet, this week—and exclusively because of you, Josh Salman of USAToday—Mr. Lopez is all-of-the-sudden unemployed, out-of-business, and so universally maligned by your sanguine devotion to journalistic integrity that he may very likely never find another job for the remainder of his life.

The inference of your shoe leather reporting about Mr. Lopez’s scandalous use of taxpayer money is that anyone convicted of a sexual offense—no matter how long ago—should be permanently barred from applying for federal contracts.

This presumption is baseless and totally unfounded. It’s uninformed, even. It drinks from a poisoned pool of inaccurate statistics and outright lies regarding the recidivism of registered sex offenders. This is why you, Josh Salman of USAToday, were able to include statements of indignation and desperate alarm from professor Charles Tiefer and attorney Robert Burton. They drink from that same poisoned well.

Ahh, yes. Ignorance does indeed remain blissful . . . and extremely damaging to others when it curries the favor of “responsible” journalists such as you, Josh Salman of USAToday.

That’s right. According to the best statistical data available (and also to you, Josh Salman of USAToday), the individual who is most likely to commit a sexual offense against a teenager is the person who has never been convicted of a sexually based offense in the first place, and, in most cases, has no felony record at all.

A person just like you, as it turns out!

To your credit, Josh Salman of USAToday, you did take time to reach out to Dr. Jill Levenson. Dr. Levenson is a professor of social work at Barry University who has researched and published extensively about the ineffectiveness of our nation’s labyrinthine sex offender registry laws. In a 2o15 interview with NPR, Dr. Levenson stated that “research does not point in the direction of registries reducing sexual crimes or sexual recidivism.”

The factor most closely related to the lack of re-offense among registered sex offenders is a stable lifestyle that includes a place to live and, amazingly enough, employment. By endangering the life and livelihood of this one person, you have systematically endangered dozens of additional lives as well as the public safety at-large.

Black Lives Matter is the mantra of our moment, and indeed they do. But one thing is abundantly clear: The lives of persons on sexual offense registries who have paid their debts to society and are doing their level best to reintegrate and become productive, law-abiding citizens . . . well, they don’t mean a damn thing to you, Josh Salman, or to USAToday, or to the owners and operators of Gannett Co, Inc.