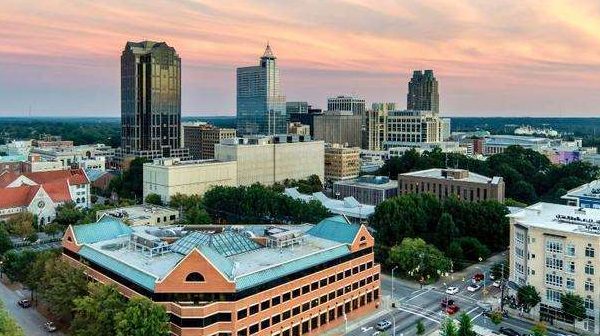 By EMERY P. DALESIO . . .North Carolina’s Supreme Court is re-evaluating whether forcing sex offenders to be perpetually tracked by GPS-linked devices, sometimes for the rest of their lives, is justified or a Constitution-violating unreasonable search.

The state’s highest court next month takes up the case of repeat sex offender Torrey Grady. It comes three years after the U.S. Supreme Court ruled in his case that mandating GPS ankle monitors for ex-cons is a serious privacy concern.

“There’s different possible outcomes of the case. One is that it’s never reasonable at all. Another is that it’s reasonable, maybe while the person is still on post-release supervision” for five years after prison release, said James Markham, a professor who focuses on criminal law at the University of North Carolina’s School of Government. “Another possibility is that it’s reasonable for the rest of their life.”

Grady took his case to the nation’s top court arguing that having his movements forever monitored violated his constitutional protection against unreasonable searches. The U.S. Supreme Court ruled that attaching a device to a person’s body in order to track their movements qualifies as a “search” and a question of constitutional rights. But the decision left it up to states to decide whether imposed monitoring is reasonable, and for how long.

States are still at work answering that question, with Michigan and Wisconsin among the handful that have considered whether long-term electronic monitoring’s public benefit outweighs the privacy rights of the sex offender. Both decided it constituted a reasonable search. Delaware’s Supreme Court last year rejected a challenge from the American Civil Liberties Union to a law requiring GPS monitoring of certain sex offenders complained the ankle bracelets were embarrassing, sometimes painful and an invasion of privacy.

North Carolina’s Supreme Court will consider Grady’s case on Dec. 3 as well as a second challenging the GPS tracking ordered for Darren Gentle. The combination would give the justices “an opportunity to compare and contrast those different situations,” Markham said.

Gentile was convicted in Randolph County in 2016 of violently raping a 25-year-old woman who was seven months pregnant and with whom he’d been taking drugs, according to state attorneys. He is serving a 41-year prison sentence, but is arguing he shouldn’t have been ordered into post-release GPS monitoring because the trial judge didn’t review whether that was reasonable.

His attorneys argue that after paying his debt to society in prison, Grady and other sex offenders do not give up their privacy rights even though laws restrict where they can live and travel, for example barring visits to school grounds.

A divided panel of North Carolina’s second-highest court in May reversed a trial judge that ordered Grady enrolled for life in satellite-based monitoring, saying they saw no studies showing tracking prevented future crimes.

“The State failed to present any evidence of its need to monitor defendant, or the procedures actually used to conduct such monitoring in unsupervised cases. Therefore, the State failed to prove” that lifetime monitoring, the state Court of Appeals ruled, “is a reasonable search under the Fourth Amendment.”

Reprinted from the Charlotte Observer.