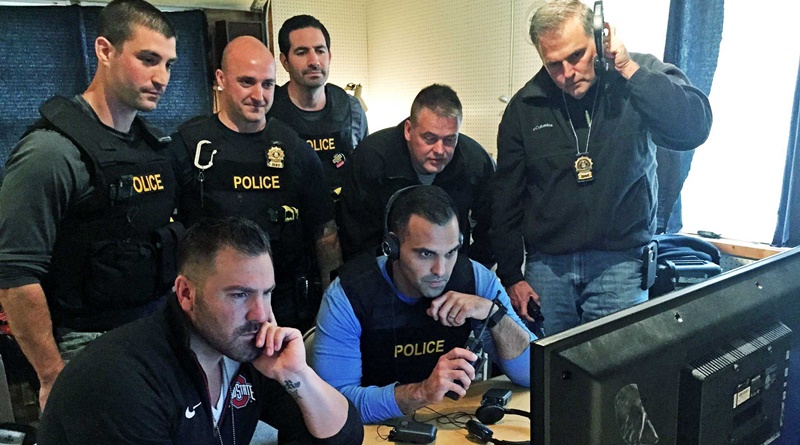 By LOIS . . . Bonnie Burkrhardt’s 2020 book, Manufacturing Criminals, Fourth Amendment Decay in the Electronic Age is compelling for anyone interested in criminal justice matters – but it’s also a jarring read for anyone who cares about effectively reducing crime, especially sexual crime against children. Burkhardt describes the rampant interception of electronic communication between private citizens by law enforcement entities in the state of Virginia, specifically by conducting proactive electronic stings. She deconstructs the tenets of the Fourth Amendment, explaining how law enforcement violated private citizens’ Constitutional Rights.  She advocates for one of those cases, Pick v. Virginia, to be considered by the Supreme Court of the US in 2022.

Bonnie Burkhardt has over 35 years of experience legally intercepting and analyzing electronic communication signals for the Department of Defense. In her book, she explains how Mr. Pick was arrested in a sting operation illegally conducted by county police forces in Virginia and later charged and convicted for soliciting a minor electronically, a felony.

Anyone who understands the latitude with which sex offender is applied to a person knows that the label distorts, is mandated for years if not one’ s entire life, and that it negatively impacts one’s ability to earn a living, support a family, to contribute positively to community life, and to reside in a community without harassment. In sum, labels like sex offender ostracize, because they are associated with the most heinous of sexual crimes, even if that person did not touch anyone, even if the said victim did not actually exist.

Pick versus Virginia, however, does not focus on the ethics of sex offender registries or sting operations. Instead it provides evidence of the unlawful practices employed by police, leading to a multitude of misdirected convictions. As an expert in electronic communications and the laws surrounding their security, Burkhardt details those laws’ finer points.  She explains how they are misinterpreted by judges, misunderstood by most attorneys, and abused by federal, state and local officials and agencies.

Burkhardt describes how thousands of Virginia residents were unjustly prosecuted in sting operations since their major funder, the ICAC (Internet Crimes Against Children), was created in 1998. Based on her research and extensive data, she estimates that 8,100 persons have been prosecuted for manufactured crimes in Virginia alone, while their Fourth Amendment rights have been violated. Across the nation, she reports that 150,000 people have been prosecuted in similar stings.

Fortunately, in all these ICAC-funded stings, there was no real victim, although the stings have resulted in thousands of felony convictions. Adult detectives created these imaginary underage victims, after all.  One might question why any state or county agency would employ a unit of officers solely to troll for pedophiles on the internet. The short answer is not surprising: follow the money. The grant- funded ICAC stings enrich law enforcement budgets. Such stings also persist because they make law enforcement look good. The public supports them because they assume that stings help to keep children and communities safe. That is a myth. Since its inception in 1998, not one ICAC-funded sting nationwide, including all those in Virginia, ever resulted in the rescue of a real child.

Burkhardt’s book and her efforts to help those unjustly prosecuted are only first steps in challenging illegal and ineffectual stings. In the meantime, every real, living, breathing human is affected by violations of our Fourth Amendment rights. Real children do not benefit from expensive sting operations that violate those rights, including those practiced in Virginia and nationwide. Real children are not made safer. Instead, valuable citizens who could play a part in making our communities better are prevented from living productively, individual lives are ruined, families are damaged, and millions of dollars are wasted.

Putting our Fourth Amendment rights on the line is a slippery slope. No one questions the importance of keeping our communities safe and protecting our children. How we get closer to that goal is the real question. Accessing electronic records recklessly and without just cause violates everyone’s rights.

As life goes on, I hope that you and your family remain safe, that your children grow healthy and strong and go on to lead productive lives, all while your Fourth Amendment rights, and those of every U.S. citizen, remain intact.

It is time for North Carolina registrants to fight back!

4 thoughts on “Who are the real predators in online sting operations?”