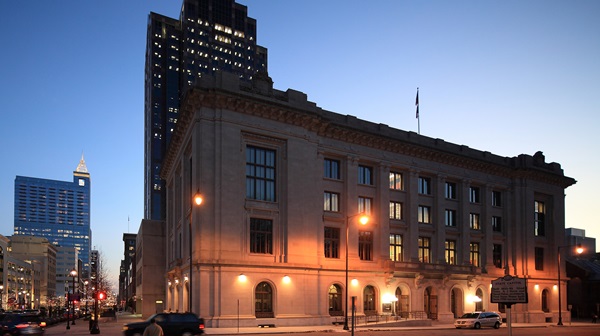 A divided three-judge panel of the state Court of Appeals ruled Tuesday that because officials presented no evidence that satellite-based monitoring is effective, it violates the U.S. Constitution’s bar against unreasonable searches.

The U.S. Supreme Court set that constitutional standard in a 2015 North Carolina decision.

Tuesday’s case involved Thomas Earl Griffin, who spent 11 years in prison for abusing the pre-teen daughter of his live-in girlfriend. A Craven County judge in 2016 ruled he must wear a tracking device for 30 years.

Griffin did not challenge being ordered to register as a sex offender, but argued that the trial court violated his Fourth Amendment rights by ordering him to submit to continuous satellite-based monitoring for 30 years.

“After careful review of the record and applicable law, we are compelled to agree,” the Court of Appeals opinion reads.

Judge Wanda Bryant disagreed, saying it expands the state’s burden of demonstrating the risk of a sex-offender repeating his crimes.

“By requiring our trial courts to find the efficacy of (satellite-based monitoring) in curbing sex offender recidivism in order to satisfy Fourth Amendment protections against unreasonable searches in the context of (satellite-based monitoring), the majority would impose a standard other than is required by Fourth Amendment jurisprudence,” Bryant wrote in her dissent.

The state’s recitation of the facts during the plea hearing stated that Griffin was the live-in boyfriend of the victim’s mother. The victim, who was 11 at the time of initial disclosiure, said Griffin had been “messing with her for the past three years.” Griffin made a full confession.

The court sentenced Griffin to a prison term of 144 to 182 months and recommended that while incarcerated, Griffin participate in a sex offender treatment program.

Griffin was released from prison 11 years later, in June 2015. On Sept. 29, 2015, the Department of Public Safety informed Griffin that he could be required to enroll in a satellite-based monitoring program.

During a hearing in August 2016, Griffin’s attorney argued that based on Griffin’s “moderate to low level” of risk and his compliance with all terms of his probation, “this level of intrusion” was not warranted.

On Sept. 1, 2016, the trial court ordered Griffin to register as a sex offender and enroll in satellite-based monitoring for 30 years, based on the facts that he had not completed the sex offender treatment program; took advantage of the victim’s young age and vulnerability; took advantage of a position of trust; and that the sexual abuse occurred over a three-year period of time.

“The court has weighed the Fourth Amendment right of the defendant to be free from unreasonable searches and seizures with the publics [sic] right to be protected from sex offenders and the court concludes that the publics [sic] right of protection outweighs the “de minimis” intrusion upon the defendant’s Fourth Amendment rights,” the trial court ruled.

Griffin appealed, and the Court of Appeals released its opinion Tuesday.

Sheriff Cloninger rounds up ALL sex offenders for Halloween. OR does he?

Board of Historic Morganton Festival stands by courageous decision . . . for now

Letter to Governor and Attorney General

14 thoughts on “NC COA: Satellite based monitoring unreasonable without evidence it works”