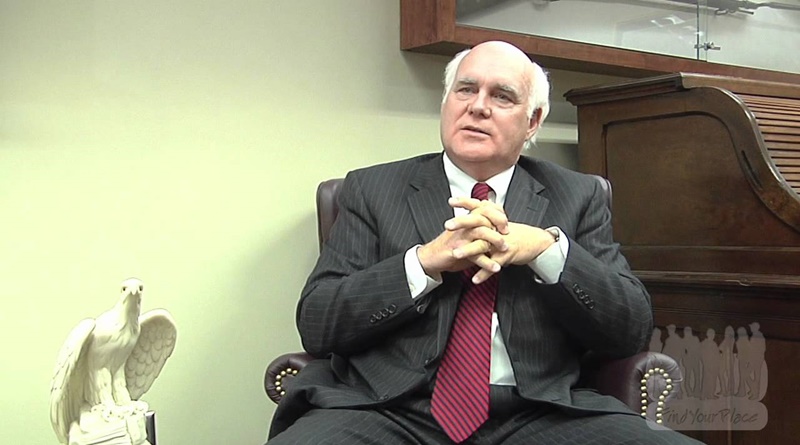 Those points, which should be obvious, are a sadly necessary corrective to the hysteria that has driven legislators in one state after another to enact indiscriminate, mindlessly restrictive, and covertly punitive laws aimed at sex offenders. ASORCNA, which Watkins calls “the most comprehensive and debilitating sex-offender scheme in the nation,” is a prime example.

The lead plaintiff in this case, dubbed John Doe 1, pleaded guilty to two misdemeanor charges of indecent exposure in the early 1990s, when he was living in Wisconsin. He received a six-month suspended sentence for each charge and was not required to register as a sex offender, even after moving to Alabama in 1994. But 14 years later, Alabama expanded its registry, forcing Doe to comply with ASORCNA’s numerous demands and restrictions under threat of imprisonment. Among other things, that meant his driver’s license was marked with the phrase “CRIMINAL SEX OFFENDER” in bold red letters. Here is how Doe describes the consequences of that notation:

I have never felt so embarrassed and ashamed in all of my life. I would not wish showing this on my worst enemy. It makes me not want to go places where I have to show it, and I try not to go places where I know I will have to. But every week, there is some places that ask me to show it, and every time, I get them evil looks from people—like I’m a murderer or something. I done paid for what I did over 25 years ago. Nobody should have to carry this. It ain’t right, but I don’t have a way out.

On Monday, Judge Watkins ruled that Alabama’s branding of registered sex offenders’ identification cards is a form of compelled speech prohibited by the First Amendment. “The branded-ID requirement compels speech,” he writes, “and it is not the least restrictive means of advancing a compelling state interest.” The state conceded that its ostensible purpose of alerting police officers to a sex offender’s status could be served by a much less conspicuous mark, such as a letter, that the general public would not readily recognize as a badge of shame. “Using one letter would keep officers informed while reducing the unnecessary disclosure of information to others,” Watkins notes.

Another aspect of Alabama’s “debilitating sex-offender scheme” is a requirement that people in the registry report “email addresses or instant message addresses or identifiers used, including any designations or monikers used for self-identification in Internet communications or postings other than those used exclusively in connection with a lawful commercial transaction.” Registrants also have to keep the authorities apprised of “any and all Internet service providers” they use. The information, which includes mundane activities such as logging into a Wi-Fi network outside the home or registering with a website to comment on news articles, must be reported within three business days, and local law enforcement agencies have the discretion to demand that it be done in person.

That requirement also violates the First Amendment, Watkins concluded. “An offender must report to the police every time he connects to a Wi-Fi spot at a new McDonald’s, every time he uses a new computer terminal at a public library, every time he borrows a smartphone to read the news online, and every time he anonymously comments on a news article,” he writes. “Every time he walks into a new coffee shop, he must determine whether opening his laptop is worth the hassle of reporting.” Those burdens “chill a wide swath of protected speech under penalty of felony,” Watkins says, making the law “facially overbroad.”

Watkins notes that the demand for information about online activity applied to Doe and the other four plaintiffs even though their offenses had nothing to do with the internet or children. And like other ASORCNA provisions, such as its restrictions on residency and employment, the rule applies for life, even though the risk of recidivism for most offenders declines over time to the point that registrants pose no greater threat than the average person. “The failure to account for risk is a problem throughout ASORCNA,” Watkins observes. “Not all sex crimes are the same. Nor are all offenders the same.”

That’s a striking statement from a judge who was appointed by George W. Bush just two years after the U.S. Supreme Court upheld Alaska’s sex offender registry based partly on fictitious recidivism numbers that continue to influence state and federal courts. It’s a message that judges and legislators throughout the country need to hear.