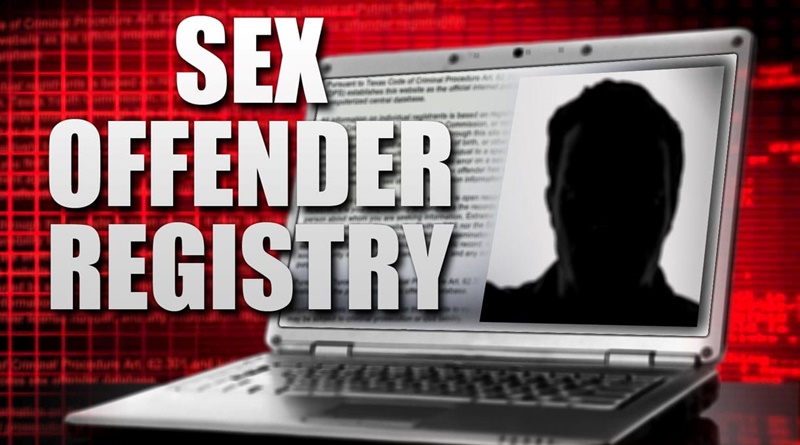 Republished in full with permission from NC Health News

By Elizabeth Thompson . . . Chris Budnick is in an impossible position.

As the leader of Healing Transitions, a peer-based recovery-oriented service for homeless and uninsured people located in Raleigh, Budnick is left scrambling if someone with a sex offense comes to him for housing.

Some of society’s most vulnerable people come to Budnick, asking for help. He has to turn them away due to the location of Healing Transition’s men’s campus on the edge of the new Dorothea Dix Park.

“I’ve heard people say you have a better chance if you murdered somebody with like, moving on in your life after you’ve done your time,” Budnick said.

Some 98 percent of people currently incarcerated will eventually reenter society, according to the North Carolina Department of Public Safety, most of those people will face barriers upon reentry. Sometimes people who have been incarcerated for years don’t know how to use now-familiar technology such as computers and cell phones. Others have difficulty rebuilding relationships with family, or struggle to find work and housing.

For people exiting prison with sex crimes on their record, it can feel like a life sentence, said Coleman, who was formerly incarcerated for a sex crime and asked to go by a different name.

Discussions over how people convicted of sex crimes should be punished popped up during incoming Justice Ketanji Brown Jackson’s recent Supreme Court hearings. As a student at Harvard Law School, Jackson critiqued sex offender registries and questioned if they could infringe on the rights of people who could be considered some of society’s most hated.

Even when people with sex crimes are released from prison, their crimes follow them in the form of the sex offender registry.

“No matter what, you’re going to be on the registry,” Coleman said. “And that really affects it seems like every part of reentry and just being a citizen in the world.”

People with sex crimes may not live within 1,000 feet of any public or non-public school or child care center, and their crimes immediately come up on background checks, making it difficult to find work or housing.

During a telephone interview, Coleman admitted he was preoccupied. He was supposed to meet a landlord later that day, and he had to tell him that he was a registered sex offender. If the landlord denied his application, he’d have to start his housing hunt all over again.

Stephanie Treadway, founder of Redirection NC, a non-profit that houses women coming out of prison, said the sex offender registry makes it incredibly difficult for the women she works with to find housing.

Not being able to find housing is likely to just continue a cycle of abuse, Treadway said. The average lifespan of a homeless person is shorter than a housed person by about 17.5 years, according to one study.

Treadway said some of her clients who have struggled to find housing or employment end up with few options. Sometimes they end up selling drugs to get by.

The rise of fentanyl in the drug supply combined with the fact that people with a substance use disorder leaving prison have not been using drugs regularly makes it more likely for them to overdose. After leaving a prison or jail, people were 40 times more likely to die of an opioid overdose within two weeks after their release, according to a study conducted by the University of North Carolina at Chapel Hill.Many of the women Treadway works with were convicted as an accessory to their boyfriend or husband’s sex crime, even if they did not even know the abuse was occurring. At the time of the crime, they just didn’t have money for a lawyer and took a plea deal, not realizing the implications of life on the registry.People who are released from prison with a range of sex crimes in North Carolina are required to register with law enforcement agencies, according to the North Carolina Sheriffs’ Association. A person’s name, sex, address, physical description, picture, conviction date, crime, sentence and registration status all become public record on the registry.That this information is public record does not just impact the person who committed the crimes, said Zack, a person who was formerly incarcerated for a sex crime, who also asked to go by a pseudonym due to the lingering stigma of his offense.Every time someone googles his brother’s name or his niece’s name, Zack’s crime pops up.“I take 100 percent accountability for my actions from almost 10 years ago,” Zack said. “It’s still directly impacting my loved ones in a negative way. Not only does that tarnish my relationships with my family, but it also splinters my relationships with my family.

“I feel like I’m walking on eggshells every moment.”

People who reenter society without friends or family on the outside are given an almost impossible task of finding a way to make it with restrictions and without resources.

People with sex offenses are set up to fail, Zack argued. Society wants them to fail, he said.

“We feel like as a society, that’s what they deserve,” Zack said. “But what society doesn’t understand is them failing is creating more victims.”

Zack has felt alienated and ostracized from the community, in part because of restrictions put on him by the registry. He has to fight to believe in himself, in the person he wants to be.

“The registry just is a constant reminder of how bad of a person I am,” Zack said.

Another, more recent, report from the Bureau of Justice Statistics found that released sex offenders were less likely to be arrested for any crime than other released prisoners.

It isn’t surprising to Pat VanBuren, a psychologist and one of the founders of the Sex Offender Accountability and Responsibility Program. SOAR is a cognitive behavioral treatment program which helps people convicted of sex crimes learn to understand why they sexually abused someone and prevent it from happening again.

“This is a shame-based crime,” VanBuren said. “You don’t have bragging rights.”

Research has indicated that sex offender registries have little impact on recidivism rates — including studies in New Jersey, South Carolina and North Carolina. Only two studies, from Washington and Minnesota, found a correlation between a state having a registry and reduced recidivism rates.

Nonetheless, the authors of the Minnesota study cautioned against the adverse impact sex offender registries had for reentry. Instead, it recommended a practice used in Canada called Circles of Support and Accountability, a restorative justice practice that helps people with sex crimes reintegrate into society as part of the community.

Most of the people Robert Carbo worked with as the psychological services coordinator at the Sex Offender Accountability and Responsibility Program he describes as a “normal guy off the street.”

Carbo, who retired from the SOAR program in August 2019, worked with people who live with the guilt of harming another person every day, but who still want to live a meaningful life upon reentering society. He said the one-size-fits-all approach of the sex offender registry makes it hard for people even who committed more minor sex crimes to reintegrate.

“I think the registry, although it can do some good things, it does a lot more harm than good overall, the way it’s currently employed,” Carbo said.

Some states, such as Washington, have a tiered system for which people convicted of sex crimes are on the public registry. “Level I offenders” who are unlikely to reoffend are not published on the registry and can live more or less freely.

Zack said he’s thought of moving to Washington so he could live without the registry over his head, but that would mean moving away from his support system. It isn’t worth that sacrifice to him.

Hours after the first conversation with Coleman, he called back. He was unable to come to an agreement with the landlord, putting him “back at square one.”