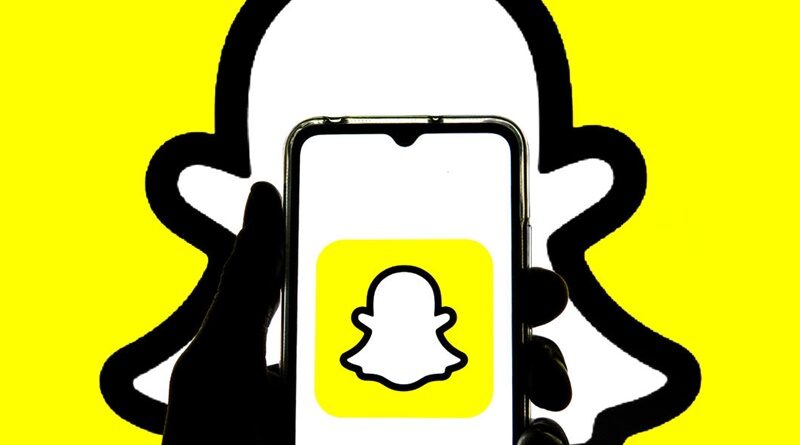 By Emily Horowitz . . . Let’s say you’re a 17-year-old boy asking two 16-year-old girls to sext you on Snapchat—well, that’s pretty normal these days, right? Let’s agree that it is.

Now, let’s say that you possibly paid the girls for their sexts, and then allegedly threatened to expose them unless they sent more of them. That’s not normal. It’s obviously immoral, probably illegal, and quite simply wrong.

But are you knowingly creating child pornography and transmitting it across state lines?

That’s what Eric Beyer Jr., of Hutchinson, Kansas, is accused of. He faces up to 70 years in federal prison.

“I’m not saying that I don’t think my son should be punished for that,” says Jessica Meloney, Beyer’s mother. “Absolutely, he should know what he did was wrong and should get in trouble. I’m not saying my kid should get nothing. Even if you want to give him five years, I’m okay with that, because I know he’ll never do it again. But to take an 18-year-old kid and put him in jail for longer than he’s been alive?”

When Beyer was 17, he made a fake account on Snapchat and started contacting girls about his same age. He was in high school at the time. The FBI became aware of his activity in June of 2021, probably because one of the girl’s parents found out what he was doing and brought her phone to the authorities. But the FBI waited until September, a month after Beyer turned 18, to act.

Then, at about 4:30 a.m., a SWAT team raided the house where Beyer lived with his dad and brother, and handcuffed all three, according to his mother, who is divorced and lives in Pennsylvania. Then they put Beyer in the cruiser for questioning. He was read his Miranda rights and responded, “I understand.”

When questioned, Beyer said that yes, the Snapchat account was his, and no, he wasn’t sharing it with anyone. He asked if his father could be there with him, but the agents said he was old enough to be alone. Then they told him, “We need your password.” Unaware that he could refuse, Beyer gave it to them, whereupon they opened his account and put him under arrest, according to his mother.

Beyer has been in jail awaiting trial ever since. His family could not afford the $5,000 it would take to bail him out, and by the time they got the money together, it was too close to his trial date—which has been moved several times—to release him.

How is it that photos exchanged—or even extorted—by teens who all reside in Kansas can be considered an interstate crime? Simple: Snapchat’s server is in California. The images electronically left Kansas, crossed state lines, and came right back.

Nonetheless, the authorities had a choice: They could have brought district charges against him, or federal ones.

“When there’s a case with overlapping interests, a lot of times the federal and the state prosecutor have a conversation about who is going to do the case,” says Troy Stabenow, a federal assistant defense attorney. Who takes the case could be based on something as simple as who has more time on their schedule, or who thinks they would get the most appropriate punishment.

It’s not clear why Beyer’s case went to the U.S. District Attorney. The prosecutor, Assistant U.S. Attorney Jason Hart, did not respond to a request for comment.

“These crimes are unfortunately increasingly common among teens,” says Angles. “State laws, unlike federal ones, are crafted to address age and other mitigating factors. Applying the federal law in this case, with the facts as we understand them, seems overly punitive.”

In fact, the attorney continued, under Kansas law, there aren’t even mandatory minimums.

“A state prosecutor could exercise discretion and the sentence could be tailored to the facts of the case, with a judge having discretion to depart,” says Angles. “His likely starting range under Kansas law would be 4-20 years.” A plea, he indicated, would probably be lower.

Beyer’s federal charges—two counts of knowingly producing and transporting child pornography and one of possessing it—carry far lengthier sentences. Each production charge is punishable by not less than 15 nor more than 30 years. The possession charge is 10 years.

These sentences could be served concurrently, but Melone says her son’s public defender has warned Beyer that they could also be “stacked”; in other words, he might have to serve them one after another. In that case, if convicted of all three charges, he would be facing a minimum of 40 and a maximum of 70 years behind bars. He’d get out at age 58 or age 88.

It’s worth noting that each year of incarceration costs taxpayers roughly $40,000.

Beyer’s public defender had recommended he take a plea deal that would cap his incarceration at 20 years and perhaps get him 12 to 15 years in prison, followed by registration as a sex offender.

Recently, Beyer received some good news. He sent a note to the judge pointing out that he was just a month away from his September 27 trial date and still did not know how his public defender planned to argue the case. This moved the judge to dismiss the public defender and allow a pro bono lawyer to take over. Now his trial has been pushed back indefinitely.

This development gives Melone a ray of hope. It’s possible that Beyer might even be allowed to come home before his trial now.

It does sound like Beyer probably committed a crime—one all too easy to commit in this technological age, but one that warrants punishment, nevertheless. Those 16-year-old girls—indeed, all minors—obviously deserve protection from exploitation, and blackmail is a serious issue.

But it also sounds like the relevant laws, which cover interstate production and transmission of illegal images, were written for the era before the internet, when data didn’t fly through the air. These laws do not map directly onto the dismaying conduct of teens, other teens, and smart phones. A young man who solicits nude photos from young women and then threatens to expose them has done something wrong; he needs to make amends and be taught better behavior. But does he really need to spend the rest of his life in prison?

“I have a three-year-old,” says Melone. “If my three-year-old takes a magic marker and draws all over my walls and I beat him half to death, the punishment doesn’t fit the crime.”