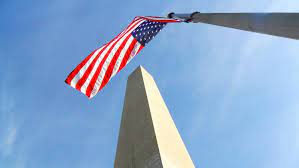 Michael McGuire, a homeless man living in Montgomery, filed the appeal challenging the constitutionality of Alabama’s sex offender registration law in 2015 after initially filing the suit in Montgomery federal court in 2012.

McGuire argued that the state provision requiring homeless sex offenders to report to authorities weekly about where they are living and where they plan to live was unconstitutional, claiming the reporting was more frequent than for offenders who were not homeless.

The Montgomery man also said Alabama’s requirements about living near schools or working with children meant 80 percent of Montgomery’s housing stock and 85 percent of its jobs were off limits to him.

On Monday, a three-judge panel of the Atlanta-based 11th U.S. Circuit Court of Appeals found McGuire’s claims to be moot since the state Legislature updated the law while McGuire’s appeal was pending. The panel also vacated the lower court’s decision ruling parts of the law unconstitutional.

The decision came hours after Talking Points Memo published a story on the seven-year wait for the case to be decided, which experts called “extraordinary.”

Registries are “a bad tool” says Vander Wall in interview