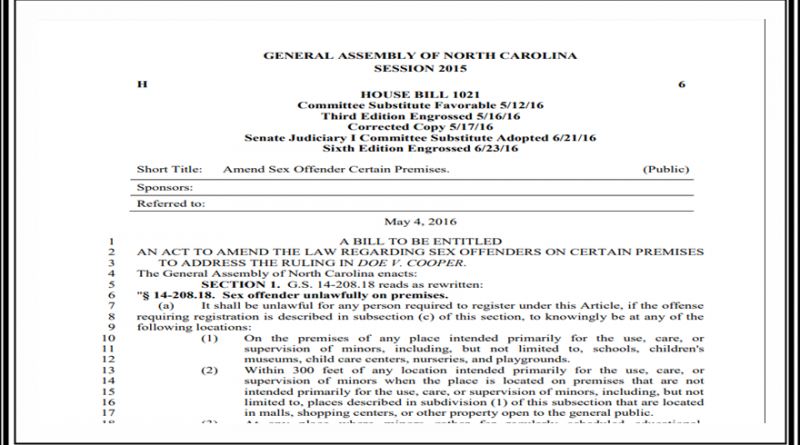 Anyone remember the old “Schoolhouse Rock” television bits that taught us all kinds of valuable lessons? Most memorable for me as a child was the “I’m Just a Bill” one. Now that I am an adult and have become more aware of how our state handles the creation of bills, my mind is blown. This is not what I imagined.

In simple terms, one would think a bill is drafted as an idea. It is sent to committees to evaluate the bill with regards to constitutionality and benefit to the community. One would think that the committee maintains the focus of that bill as stated, submits it to be voted on, then sends to the other side of legislature for the same process. Eventually, that vote for the bill occurs on both sides of the House and the Senate and it passes or fails. Wow – that sounds simple. But let’s talk this out in terms of what actually happens. Let’s use a very simple example that perhaps will help you see how bizarre and at times, quite unfair this entire process can be. How can the content of a bill change completely during its journey? Follow me on this –

1. Representative “Bob” comes up with the idea to allow Food Trucks to be available in school parking lots during lunch hour, since large schools don’t have enough cafeteria space for all the students. This will help reduce students leaving campus for lunch and will balance out the crowding problem. (Okay, there’s a purpose and benefit stated. Cool. Let’s call this “HB123: Food Truck Bill.”)

2. “HB123” goes into judicial committees for review. Representative “Sally” wants to change the wording and recommends that the bill include healthy options, such as fruits and vegetables become available for sale as well.

3. The bill gets added to the docket to be voted on TOMORROW and it is listed on the state website, but schools haven’t been notified of this recommendation. They are impacted, but they haven’t had time to weigh in on the impacts to budgets, government funding, parking lot crowding, or any other impacts to their schools. They want the ability to determine on a school-by-school basis if this will be allowed. Some parents call their representatives and try to voice their opinions, but they can’t get their representative to listen to them. The first question you are asked is, “What organization are you with?” Oh, no organization? You’re just a citizen. Hmmm. (In other words, you don’t have enough backing for us to really listen.)

4. So now a school board member (a person with a little more clout than a parent) shows up to a committee meeting and is granted their 2-3 minutes to speak against the bill, but they themselves get interrogated as to their qualifications to represent the school on food choices. Perhaps this speaker is overweight and doesn’t appear to exercise, so the lawmakers don’t consider this speaker a worthy, healthy person to represent the “children.” Basically, they are discredited to add valuable input.

5. You now have a bill that passed through committees quickly, without good feedback from those who will be impacted by the bill. The House votes this bill to pass.

7. Senate committees don’t like the wording of the bill, so they edit it. They really don’t like the food truck idea, but they like the idea of fruits and vegetables. The bill is rewritten to plant a vegetable garden and fruit trees on school campuses. The language about food trucks, the idea of reducing crowding in cafeterias, and reducing students leaving campuses for lunch are completely removed. (Wait, what? Our lawmakers just completely gutted this bill, even after it was voted on as originally written by the House?)

8. “HB123: Food Truck Bill” moves to the Senate floor for vote. Remember, this bill is no longer about food trucks at all. It’s about planting gardens. Completely different yet with the same title and reference number. (Mind blown….they didn’t talk about this in Schoolhouse Rock!)

9. The Senate passes the bill with the new wording.

10. The bill goes back to the House for vote – and remember, they’ve already voted on this once. Who knows, remembers, or cares that this bill is now completely different? They vote again. Bill passes. Guess you better find some dirt space on campuses for someone to plant gardens and maintain them now.

This is a simplified example, but this is exactly what happens time and time again. NCRSOL has seen this so many times. This is why this organization is so critical to the lawmaking process. They send advocates to these committees to try to correct the problematic language. They have legal experts weigh in. They work with non-profits who fight for fairness. So please, continue renewing your NCRSOL memberships. Continue your support of this organization. And spread the word.

And if there’s one last piece of advice I can give you, get to know who your Representatives and Senators are. Let them continually hear from you. Send emails frequently. Start reading up on the bills pertaining to SOs. Follow NCRSOL articles and updates.

What’s frustrating to ME as a taxpayer is knowing that we have given feedback to lawmakers that bills they are passing are NOT constitutional. We work with them to change the wording so that it is fair and makes sense. Yet, they pass them anyway. Ultimately, these elected officials are costing our state money because by passing bad laws, they are opening the state up for litigation. It is critical that we as individuals learn more about our elected officials, how they vote, and if they are really looking for fair and just laws that make sense.

I commend those in elected positions who are trying so diligently to do what’s right. Several have been open to listening to organizations like NCRSOL and educate themselves on other viewpoints. They use us to learn about things they didn’t previously know and to see how we can move forward together. We commend them for that and wish there were more like them. We need to be bold and be vocal to educate lawmakers on how these senseless laws are negatively impacting us.

Be the change you wish to see in the world. Be a Change Agent.

When “ample alternatives” are neither

One thought on “I’m just a bill”