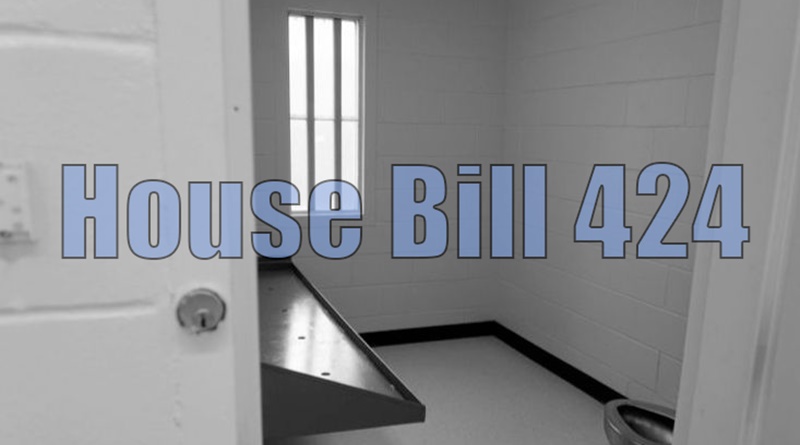 Jim Woodall made a promise to the family of Eve Carson, the UNC-Chapel Hill student body president who was murdered in 2008. Laurence Alvin Lovette Jr., 17 years old at the time, was convicted of first-degree murder for killing Carson after a robbery attempt.

“Carson’s parents, everyone was told, he will receive a life without parole. And he will never get out of prison,” Woodall, the district attorney for Orange and Chatham counties, said. “I take that as a very serious promise made by the system, made by me, made by the judge to the family of Eve Carson, to the Friends of Eve Carson and to the memory of Eve Carson that Laurence Lovette should stay in prison, every day for the rest of his life.”

To help uphold his promise, Woodall said he opposes what he calls an “assault on life without parole.” He said he has spoken with his colleagues at the North Carolina Conference of District Attorneys about the necessity to keep the sentence.

“There are cases in which life without parole is appropriate for some juveniles,” Woodall said, adding that 16- and 17-year-olds are old enough to be held accountable when the murder was clearly planned.

This year, a bill that would have eliminated life sentences without parole for juveniles (House Bill 424) was pulled from committee and effectively killed for the legislative session after a presentation by the Conference of District Attorneys’ legislative liaison — Chuck Spahos, who performs a similar function to a lobbyist. Spahos cited Lovette’s case in defense of life without parole, according to a report by North Carolina Health News.

For some lawmakers and advocates, this bill and others involving criminal justice reform were obstructed by the very group that would carry out the reforms: the Conference of District Attorneys. A taxpayer-funded state agency, the Conference was established in part to work with the legislature on issues related to the criminal justice system and to build consensus among DAs.

The Legislative Black Caucus, for instance, has expressed deep concerns about the Conference’s positions in the 2021 legislative session.

HB 424 would not likely retroactively affect Lovett’s case. And Woodall said he supports individual case reviews for life without parole.

O’Neill, Lee and Spahos did not respond to Policy Watch’s emails seeking comment. Rep. Kelly Alexander, D-Mecklenburg, the chair of the Legislative Black Caucus said he has not received a response yet.

Alexander said while the Black Caucus is communicating with the Conference about criminal justice reform, the Conference has never sought much input from the caucus.

“We are at this point, very much still strong proponents of this concept of truth in sentencing and structured sentencing that the state enacted back 25 years ago now, being able to instill and build trust within the criminal justice system,” Freeman said. Freeman said the Conference of DAs opposed HB 424 over a provision that would allow juveniles convicted of a first-degree murder to  be considered for parole after serving 15 years.

Woodall is also a member of the Governor’s Task Force for Racial Equity in Criminal Justice. The Task Force recommended allowing juveniles to serve a life sentence with the possibility of parole, but Woodall said that in extreme cases, prosecutors should have the option of seeking the harsher sentence.

In that view, Woodall aligns more closely with his colleagues in the support of structured sentencing, which lays out minimum and maximum sentencing for particular crimes.

“We’ve just seen this repeated effort to aggressively stop any criminal justice reform progress, especially in racial context at the legislature, and basically by any means necessary,” Bowes said.

The Conference has previously opposed other notable legislation that addresses racial inequities in the criminal justice system, in particular, the Racial Justice Act. Passed in 2009, the state law gave those on death row a chance to have their sentences reviewed and be considered for life without parole if a court determined racial bias played a role in their sentencing.

Bowes said it is disturbing that the Conference was set up only to serve the interest of DAs and sometimes blocks legislation from entering the public debate. By doing so, Bowes argued, prosecutors anointed themselves the arbiters of justice, which is not the group’s purpose.

Racial Justice Act litigation had unearthed prosecutors’ notes on jury lists showing that race played a role in prosecutors’ jury strikes. “if BF [Black Female]— look at as if NAACP,” a Martin County prosecutor wrote on the jury list of a capital case in 1997. “If WM [White Man] – good, honest.”

In a subsequent lawsuit over the RJA, court filings revealed that the Conference Director Peg Dorer wrote to 31 individual district attorneys asking them to contact their senators to repeal it.

“As we have a hearing that has been fast-tracked in Cumberland for September/November, in front of a judge who may be favorable to the defense, we must get the legislature to take this up during their September session or it won’t matter,” read the letter.

Prosecutors in Cumberland County repeatedly urged legislators to repeal the Racial Justice Act even as a death row petitioner’s trial was underway.

But North Carolina data are scarce, said Hessick. She told Policy Watch that North Carolina is among a dozen states with inconclusive findings, primarily because the recordings of the legislative committee meetings are not available online — they must be requested from the legislative library and are on CD —and there’s a lack of additional documentation in the lobbying disclosure filings.

“There’s certainly no doubt that prosecutors have to use the laws that the legislature enacts, and so the legislature should know what the prosecutors think of those laws, and how effective they are and whether there are known issues with them that should be fixed,” Hessick said.

Based on media reports, the study nonetheless shows a pattern of district attorneys in North Carolina wielding their influence at the legislature, sometimes pushing for heightened penalties of criminal offenses and thwarting what many consider to be reform measures.

The North Carolina Conference of District Attorneys lobbied for increased penalties for people who made threats involving firearms at schools. The Conference also opposed the initial ‘Raise the Age’ bill that sought to end North Carolina’s treatment of 16- and 17-year olds as adults in most criminal prosecutions.

Scott Thomas, former president of the Conference, is quoted in the report as saying prosecutors were concerned that ‘Raise the Age’ could increase caseloads in juvenile court.

Rep. Alexander said the Conference’s influence has serious implications for criminal justice reform. He pointed out that the Conference supported a 2016 law that prohibited law enforcement from releasing body camera footage without a judge’s order. Accordingly, the family of Andrew Brown Jr., a Black man who was killed by sheriff’s deputies this spring in Pasquotank County, had to petition the sheriff and prosecutor in order to review the body camera footage.

Wake County DA Freeman is a member of the Conference’s executive committee and a working group that produced the organization’s first-ever report on race, equity and criminal justice earlier this year. The report said data show certain races are overrepresented in the criminal justice system, but that more study is needed to pinpoint the reasons.

She defended the Conference, saying the group has at least has reached a consensus to study racial disparities in the criminal justice system more closely. She added the Conference did lobby in favor of a bill to expedite “first appearance hearings” for people charged with misdemeanors.

“We currently are working with a number of members to try to get that very specific $1,000 secured bond provision removed from the statute,” Freeman said. The Conference is trying to add the language in other bills after the original measure stalled, she said.

However, Rep. Alexander said he’s worried that the Conference’s executive committee cannot reach consensus because of internal conflicts and opposition of prosecutors from more conservative jurisdictions. “Rural interests guided the philosophy of the Conference over time,” he said.

Rep. Alexander said electing younger district attorneys of color who are more aware of racial disparities in the criminal justice system could help promote equity. The chain of accountability should not stop with elections, though, he added. Alexander said the state should have more oversight of DAs and the organization that represents them.

Hessick, the UNC law professor, said more transparency of prosecutors’ lobbying would benefit the public understanding of the legislative process behind criminal justice reform bills and increase accountability. Based on practices in other states, it would be beneficial for the public to know whether individual prosecutors are pushing for certain bills in relation to cases in their own districts, as well the position the Conference is taking, Hessick said.

Jim Woodall said he plans to retire next year. His prosecution of Lovette’s case remains one of the highest profile cases of his tenure. Speaking of his legacy, Woodall said, “Even though I disagree with certain things … overall I think there’s a lot we can do to change the system and make it better.”

[Editor’s note: This story has been updated to clarify Jim Woodall’s actions with respect to House Bill 424. Although Woodall confirmed that he has regularly shared his personal views on the issue of life without parole for juveniles with colleagues at the Conference of DAs, he tells Policy Watch that he did not tell them to work to keep the sentence on the books as the story originally stated.]

One thought on “Are NC district attorneys a roadblock to needed criminal justice reform?”