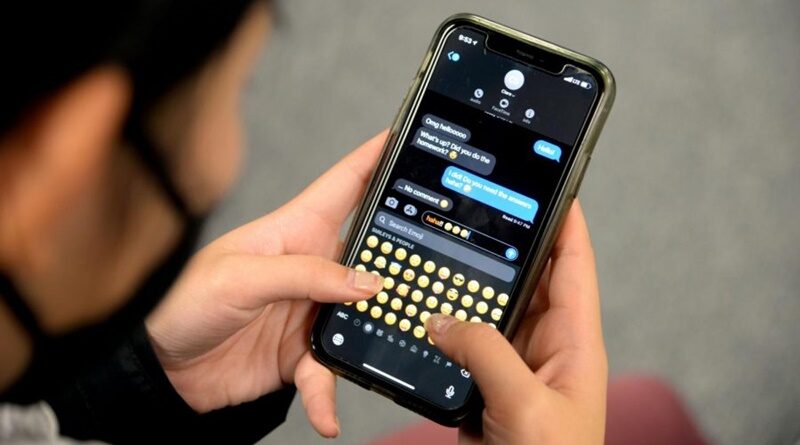 Anyone who commits a sexual offense in the United States may end up pillorized on the internet for the rest of their lives. The women among the criminals apparently suffer particularly from their stigmatization.

Convicted sex offenders, especially those who abuse children, lose all social standing. While rapists and child molesters in Germany can flee into anonymity after their release from prison, in the United States they are pilloried on the Internet. In so-called  sex offender registries, convicted sex offenders are listed with their name, photo and current address. Depending on the state, the exact offense as well as characteristics such as height, weight, tattoos and current job are also listed.

The US edition of “Vice” recently took on a subset of that list: the convicted women. According to the magazine, these make up around seven percent of the more than 750,000 registered. After several interviews with those affected, the author wrote down the individual fates.

How women suffer from their stigmatization

There’s something like Shawna. The now 40-year-old mother of three was convicted at 19 for sleeping with a 14-year-old. She also covered her case extensively in the documentary “Untouchable” . During her probation, which expired in 2017, she had to take a twice-yearly lie detector test, tell authorities where she lived, and undergo therapy. She will remain on the Oklahoma state’s criminal list for life – visible to everyone on the Internet.

According to the report, the publication of the address on the Internet led to Shawna receiving countless harassing letters from strangers. “They described their privates, asked me if I’d been gangbanged before and if I had rape fantasies,” she tells Vice. In 2011 she was molested by a stalker and had to obtain an injunction against the man. At her old job, Shawna told the magazine she was verbally and physically harassed by her boss, but didn’t dare to fight back. In the US, convicted criminals must report this to their employer.

“Vice” also reports on Tanya, who uses a pseudonym for this report. As a therapist, she had sex with a patient, but is not included in a public registry requirement. She belongs to the first category of sex offenses that some states do not have to publicly register because they are minor cases. Only tier levels two and three have to be published. However, by law, Tanya is required to tell all potential sex partners of her criminal record. “It makes it harder to say, ‘No, I don’t want to do that to you,’ or ‘I want to wait to have sex.'” Because of her status, she did not report assaults by men. You feel like you can’t defend yourself.

So does Jenny, also a pseudonym. As a teacher, the early 40-year-old had sex with a 16-year-old student. In the past few years, she claims to have received more than 100 sexually motivated letters from strangers. However, she did not report any of them to the authorities out of fear. Jenny wants to “stay under the radar”.

The sex offender registries were hardly used in the USA until the 1990s. Two horrifying crimes changed that. First, in 1989, Jacob Wetterling, then 11 years old, was kidnapped, raped and murdered. It was only 27 years later that the perpetrator, accused of possession of child pornography, led the police to the boy’s remains and confessed to the crime. Five years after Jacob’s death, the rape and murder of Megan Kanka shook the United States. The seven-year-old became the victim of her neighbor, a previously convicted sex offender.

The first two laws for the introduction of the criminal lists in the USA bore the names of Jacob and Megan, later the Adam Walsh Child Protection and Safety Act was added based on a similar case . Since then, convicted sex offenders in the United States have no longer been able to flee to anonymity and return to a normal life. The model, which is almost unique in its form worldwide (South Korea proceeds in a similar way), is repeatedly and sharply criticized internationally, but also by national associations. For those listed, the stigmatization leads to exclusion from society and thus stands in the way of resocialization. Supporters of registries, on the other hand, argue that registrants allegedly have a recidivism rate of up to 80 percent. David Feige, director of the documentary “Untouchable”: says, “Nearly every study puts the recidivism rate of registrants in the single-digit percentage range, usually around 3.5 percent.”

Sex offender registries have become a tool for the general public to allow stalking the stalkers. While there are acceptable use policies on public sex offender websites, there aren’t any plans by law enforcement to dial back cyberstalking, vigilantism, blackmailing, and additional sexual assault claims occurring to registrants. In essence, public registries have not only perpetually pillorized women sexual offenders but allowed a free license of unreported crimes by some in the general public to go undetected. Government has created a catch-22 by the registry allowing stalking the stalkers to remain under the radar by adding to the unreported crime statistics and deeply questioning if sex offender registries keep a community safe?

Registries are “a bad tool” says Vander Wall in interview