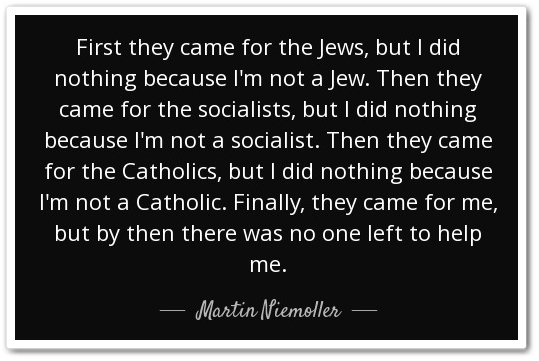 By SAMMY D . . . The debate about sex offenders seems to have taken adrift from criminal reforms to possibly a new form of sexual fascism.

Let’s be crystal clear that sex offender laws are created with fear-based rhetoric and political trepidation from both sides of the political spectrum. The recent opinion column, Damaging justice to make a point about rape highlights the potential failures of judicial independence and underlying rationale. Dr. Klein strikes a perpetual chord that sex offender registries AND people that support such registries are equally villainous and culpable.

Sex offender registries were initially created with the intention of notifying the general public about potential violent sexual offenders being released from incarceration. Today’s registries display a hodgepodge protuberance from public urination to sexually motivated murderers. Registries no longer serve the purpose to separate based upon tier status. Instead, registries serve only a purpose of humiliation and opprobrium patterned behaviors.  Public defenders, law enforcement, politicians, and the general public insist on labeling convicted sexual offenders as predators, aggravated, pedophiles, or recidivists. Citizens rush to judgment by inaccurately identifying all on the registry as predators and/or pedophiles. To add insult to injury, many registrants are listed for life allowing community leaders to exclaim or assert a need to do more to segregate registered offenders from public view.

There are a sprinkling of message boards on the internet that advocates positively for sex offender reform. But the question remains, “why is advocacy for registries shunned or free from the civil discussion?” The answer may possibly be that fascism and martial styled government tactics are the reason. It may sound like harsh words, but aren’t the same tactics used to loosely describe sex offenders in general? Creating a new level of indentured servants with annual registration fees on a registry free to the general public poses another issue of conformity. Not allowing registered offenders to live near or access to schools, daycare, public parks, bus stops, shopping malls, churches, and sometimes jobs are another form of authoritarianism in a nation built upon freedoms and human rights. When there cannot be a rational discussion or an alternative viewpoint, then there is no real privilege or opportunity to exercise free speech or equitable and fair dialogue.

Candidly speaking I personally find law enforcement leaders that reach far and beyond what the law allows to be labeled as predators. They seek to groom the general public about false safeties, securities, and protections no differently than a seasoned pedophile. Sometimes the general public can be labeled as social-recidivists because they may share inaccurate and anti-social styled patterns. These social-recidivists use offender registries not to educate self or others. Instead, they use registries to instill disengagement and separation as a weapon. I would argue that those that support registries are somewhat equal to predators, pedophiles, recidivists, and fascists. An individual doesn’t have to be convicted to be guilty. That individual can show all the signs and symptoms of criminal behavior but hasn’t been caught.

Martin Niemöller was a prominent Protestant pastor who emerged as an outspoken public foe of Adolf Hitler and spent the last seven years of Nazi rule in concentration camps. He wrote the following:

First, they came for the Socialists, and I did not speak out—
Because I was not a Socialist.

Then they came for the Jews, and I did not speak out—
Because I was not a Jew.

Then they came for me—and there was no one left to speak for me.

Dr. Klein is right to assert the time for sex offender bullying and overlegislation must end. It can be very difficult for any registered offender to find the strength to advocate for themselves and perhaps others that share his/her similar situation. However, “when will you speak for yourselves or other registered offenders?” There are a few advocates to start the campaign to end unjust laws and a horribly constructed sex offender registry. When will YOU begin to notice the real offenders of reform and fairness under the law are those in power acting in a role similar to predators, pedophiles, and recidivists?  I encourage you to share your stories about how laws and the registry have done more harm than good. Your voice is powerful and will be heard.