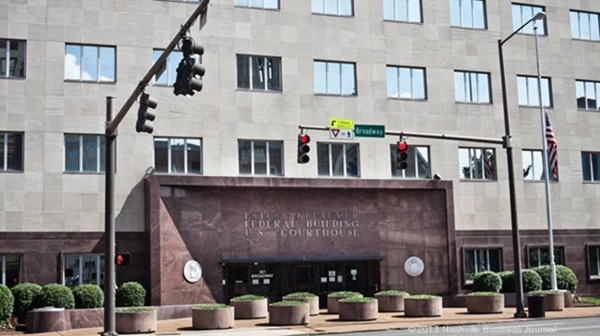 By Sandy and Larry . . . The Tennessee General Assembly enacted a statute which would have forced families to be split apart, and it was scheduled to take effect July 1st. Fortunately, the law has been stopped in its tracks for now. The law states that anyone convicted of a sexual offense in which the victim was a child under the age of twelve is prohibited from living with any minor, defined as anyone under eighteen. This prohibition includes registrants’ own children, even when the victims were not related to nor living with the registrants at the time. It applies regardless of any circumstances, such as how long ago the offenses were, the age of the registrants at the time, or the current circumstances of the needs of the children.

Those on the registry and those of us who advocate for their rights are accustomed to new legislation every year that further erodes the rights and due processes of those it targets. We are accustomed to fighting against the passage of such legislation before it passes and seeking to lesson its impact if it passes. This legislation could have been just another such law.

Instead, it proved to be a line in the sand.

During the latter part of May, registrants who are on record as currently residing with a minor were mailed noticesadvising them of the action they must take in order to prevent being arrested and prosecuted for a new crime. Within weeks a small group of Tennessee attorneys had plaintiffs, were preparing litigation, and had filed in federal court seeking a temporary restraining order (TRO). The court granted the TRO which prohibited enforcement of the new law until a hearing could be held on the request for a preliminary injunction. On the NARSOL in Action (NIA) program, Tennessee attorney Patrick McNally, announced that, prior to the hearing, an agreement was reached with the state of Tennessee extending the TRO until the litigation is concluded.

This is terrific news. Registrant parents who had been ordered to leave their homes and families or else be arrested will not be required to do so. During the Q and A session, the point was raised that some registrants had been ordered to leave before the TRO was granted and had complied. Mr. McNally advised that in those circumstances, the affected registrants should contact the agency who instructed them to leave and inquire if they were aware of the TRO and if they could return home.

For now, Tennessee parents are safe. They will not be ripped from their children who love and need them.

Now the work begins for the attorneys building the case. Mr. McNally also announced that class action certification is being sought; however, class action is not automatically granted nor easily come by. In fact, Tennessee has indicated it will oppose certification. No decision has come down yet regarding this.

This case has critical and urgent ramifications. The law was passed because Tennessee’s neighboring state of Alabama has the same law already in place. If this stands in Tennessee, where will it go next? Arkansas? North Carolina? Kentucky? Missouri? And then?

A link to the most recent order of the court can be found here.

Two Sought In Connection With Murder Of Kentucky Registrant