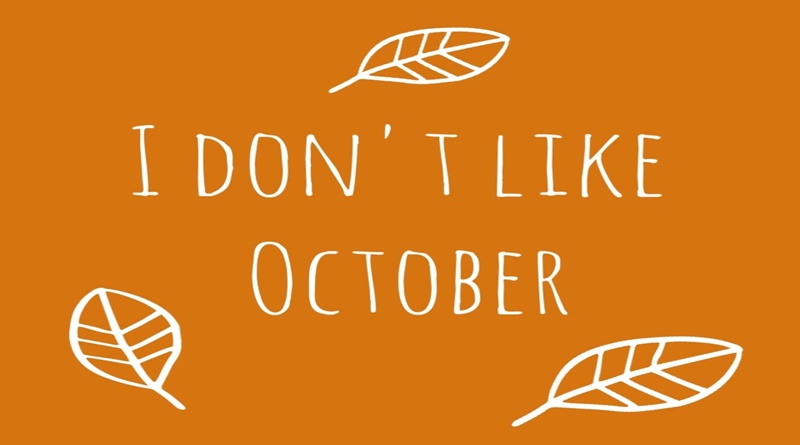 There are two high profile events that occur in October:  the NC State Fair and Halloween.  Both trigger a flurry of negative attention to registrants.  This year is no different.  I knew to look for it and yes, during the first week of the month every local news station reported on sex offenders being prohibited from attending fairs around the state.  The media is swarming over the Sheriff’s department as they heed the warning that sex offenders prowl on people at the fair.  While it is true that there have been some arrests in previous years of sex offenders attending the state fair, the number is extremely small.  Yet, the media as well as law enforcement often portray a false sense of danger.  It is important to realize that not every registered citizen is a predator.  I absolutely cringe every time the media uses the term Predator as if every registrant is in that category.  That is absolutely not true.  Some registrants are underage couples in consensual relationships.  Some registrants have victimless crimes.  Some registrants are actually innocent and are victims of false accusations.  The truth, which the media fails to report, is that LESS than 1% of the registrants in NC are considered predators.  It is also a proven statistic that most offenses against children are committed by a known person and someone not already on the registry.

While I agree we want to protect our children (and people of all ages for that matter), there are a lot of things we need to protect them from.  Do we keep alcoholics away from the State Fair because they now have a Beer Garden?  Do we keep convicted murders away?  Do we prevent known gang members from coming within a certain number of feet from the premises?  Here’s a kicker – do we keep drug dealers away from the State Fair?  You have to admit there’s a huge drug problem and the number of arrests for drugs far outweigh any other crime.  Yet, I have never once heard the media warn the public that drug dealers may be at the fair lurking after their children.  Again, I am an advocate for protecting people from sexual offenses, so I do not want that misconstrued.  However, the percentage of incidents is so small compared to other offenses. Why is our state spending so much money monitoring registered citizens, many with non-violent offenses, yet not focusing on the drug and gang problem in our area?

Yes, October is a bit of a pain point for me.  My family actually just likes to go to the State Fair for the food and the livestock.  I mean, who doesn’t love the food?  Our desire to attend is so innocent, but it’s not allowed, nor will it be for the 30 years that one is required to be on the registry.  Yes, you read that correctly.  30 years on the registry is the required length of registration.  No matter the offense.  No matter if the charge was a misdemeanor or a felony.  No matter if you’ve already served time in prison or been on probation.  No matter the situation you are in.

Halloween is a lost cause for my family, as our window of Trick-or-Treating together as a family has come and gone.  Those are things one can never get back – the thrill of taking your son or daughter door-to-door and to carnivals in their sweet little costumes.  This is the first year my neighborhood wants to have a block party for neighbors to get to know one another – on Halloween.  I guess, as usual, we will sit inside the house, lights off, and just put on a movie.  That’s about all we do – oh, and wait to see if a deputy stops by the house “for a check.”

And dear October, while I love the many things you have to offer, I cannot wait to see you go.  My hope is that registered citizens are not unfairly targeted by communities during this time of year because of a false fear perpetuated by the media.

I challenge you to join NCRSOL, ask questions, share your story, and work towards making laws sensible and fair.  There is much support that is offered by NCRSOL members – and together we all do have a voice.