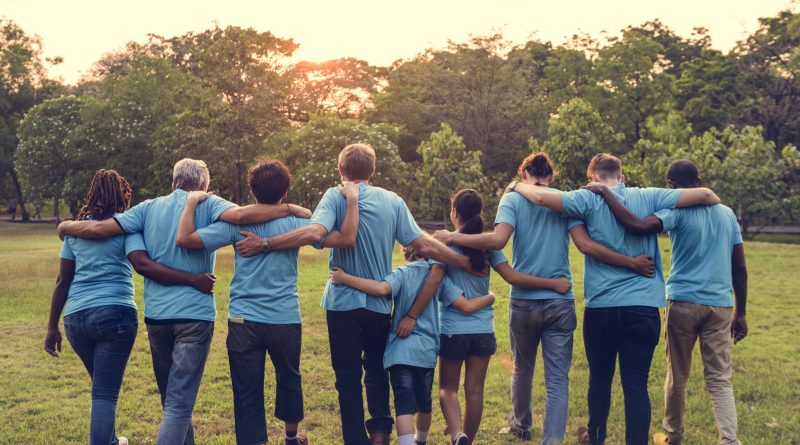 DWAYNE DAUGHTRY — People listed on a registry endure extraordinary challenges every day. Because of the stigma of being associated with a registry, securing a job is perhaps the most troublesome issue. But what about volunteering?

Recently a well-known animal rescue adoption agency learned about a person listed on the sex offender registry had been working for them over six years. No incidents, criminal charges, complaints, or anything had transpired. Instead, rumor control and fearmongering had become a liability where the volunteer was asked by management to leave because “it made others feel uncomfortable.”

Let that sink in for a moment. A person is asked to never return not because of fact or an issue where an incident occurred. Instead, it was pure emotion that closed the door of opportunity and giving back to a community setting in motion that giving from the heart must be vetted by the feelings of others. I think what made this particular case exceptionable and bizarre is that volunteers at this organization are now screening volunteers for criminal backgrounds while full time paid employees are not. But what is most concerning is that perhaps the animals for potential adoption at such places are deemed at a higher value than humans. That should be a disturbing assessment of any human being.

Such instances of marginalizing people because of their past, fails to address present situations. It is as if society assumes that anyone convicted of a sexual offense has such uncontrollable behaviors that they are always actively seeking sex? It is an utterly ridiculous libelous, and mental condition to think in such a manner. It brings to mind when during the period of the Soviet Union that “invalid policies” were enforced. This is where Soviet-era citizens were prohibited from being visible in the public eye if they were disabled, had a past criminal conviction, or didn’t fit the profile of a typical Soviet person. Similar to “out of sight, out of mind.” But it appears that American culture is somewhat becoming similar to decades-old Soviet culture by creating a sense of feeling so that people feel secure because leadership has facilitated a false image of safety. Mainly, American culture is selling a tune of second chances, reforms, equality, and liberty, all while applying a caveat or asterisks “if you meet this criterion.”

Maybe, just maybe, there is a careful lesson learned moment about volunteering and giving back to a community. If an agency is more worried about its liability policy and who should be a part of volunteerism fully doesn’t understand and embrace the value of people in general. Moreover, any agency that reasonably asks for volunteers but vets them based on background checks isn’t a non-profit that fits the traditional social cause or advocacy of community. Perhaps our best volunteers and leaders of organization dependant upon volunteering take a mitigated risk to assimilate a population to perform and do miraculous things – without being hidden based on policy or law.

Volunteering or working is perhaps the most valued part of society that demonstrates the care and compassion of helping others and ensuring our way of life sustains itself. Those unable to secure jobs or volunteering opportunities should seek organizations that care about the bigger picture. NARSOL based affiliates are in desperate need to find volunteers to help its mission of those affected by the sex offender registry and draconian laws that keep them similarly isolated to Soviet-era policies. At least NARSOL and its affiliates always keep its doors and opportunities open for all with second, third, fourth, and other changes with a caveat of truly understanding liberty and equality. I encourage all registrants, allies, and family members to volunteer for NARSOL affiliate programs and to support such programs. At least we don’t discriminate or turn people away. Lastly, you may be able to do everything from the comfort of your home if you chose.

The choice is yours. Let’s get to work to be visible again!

I have a voice

3 thoughts on “NCRSOL Calls Upon All That Desire To Volunteer!”