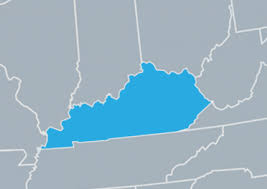 Avery Seeger, Eagle Post,  Staff Writer (Hopkinsville, KY)  —  Dayton Jones and his defense counsel have filed a lawsuit on the grounds that he should not have to register as a sex offender.

The lawsuit was filed March 3 against the commonwealth, Kentucky Justice and Public Safety Cabinet as well as Probation and Parole officer Megan Goss.

Attorneys Daniel J. Canon of Saeed and Little, LLP out of Indianapolis, and Darren C. Wolff, a Louisville attorney, are representing Jones.

The lawsuit alleges Jones’ constitutional rights were violated for being required to register as a sex offender after receiving a pardon and commutation letter from former Gov. Matt Bevin.

The lawsuit states, “To counsel’s knowledge, there is no Kentucky case which squarely addresses whether a convicted felon must comply with Kentucky Sex Offender Registration Act once their sentence has been pardoned or commuted.

“However, the Kentucky Supreme Court has stated that a pardon relieves a convicted felon of ‘all the consequences which the law has annexed to the commission of the public offense of which he has been pardoned and [the convicted person] attains new credit and capacity, as if he had never committed that public offense.”

Jones’ counsel states that nothing in the pardon and commutation document suggests that Jones should have to register, noting that it would have been within the power of the governor to require him to do so.

“If forced to register under SORA, Jones’ rights under Kentucky law will be violated,” the document states.

The suit further claims that if Jones is required to register as a sex offender, he will suffer “immediate and irreparable injury, loss and/or damage.”

The suit claims Jones will suffer from registering in the form of reduced employment opportunities, severe social stigma, traveling restrictions, psychological harm and the ability to live wherever he chooses.

It also argues that Jones was granted a pardon instead of a commutation.

“Though the document clearly states that it is a ‘PARDON,’ the document simply states the fact of Jones’ conviction, and concludes that the Governor ‘hereby commute[s] the sentence of Dayton Ross Jones to time served.’

“There is no further limitation or requirement placed on Jones by the plain language of the ‘Pardon & Commutation’ document. The Secretary of State’s Website lists this document as granting an ‘unconditional pardon’ to Petitioner (Jones).”

It goes on to say that since the executive order was made by Bevin, the commonwealth has treated the document as granting a pardon.

However, on Jan. 13, the Kentucky Secretary of State’s office clarified to the New Era that the 15-year sentence of Dayton Jones was commuted, not pardoned, after the heading on the executive order was unclear.

While the lawsuit focuses largely on the commonwealth’s actions against Jones, it also accuses Goss of violating Jones’ rights.

The lawsuit alleges Goss caused a letter to be delivered to Jones’ grandparents’ house, which contained a signed notice of discharge declaring that Jones is on sex offender post-incarceration supervision.

However, Jones and his counsel say Jones had not signed the notice and had not seen it prior to Feb. 26, the date the letter was received by his grandparents.

His counsel further alleged that Goss required Jones to report to her office Feb. 28 for sex offender supervision.

In the lawsuit, Jones’ counsel requests several orders be made by Franklin Circuit Court, including a speedy hearing and declaring that Jones was granted an unconditional pardon by the former governor and doesn’t have to register, among other requests.

In November 2016, he was sentenced to 15 years in prison with no possibility of probation and a lifetime requirement to register as a sex offender upon release.

Jones, Colton Cavanaugh, Tyler Perry and Samuel Miller all pleaded guilty to the Oct. 12, 2014, sexual assault of a 15-year-old who was sodomized with a sex toy during a party. The boy suffered severe internal injuries as a result of the attack. It was also captured on video and shared on social media.