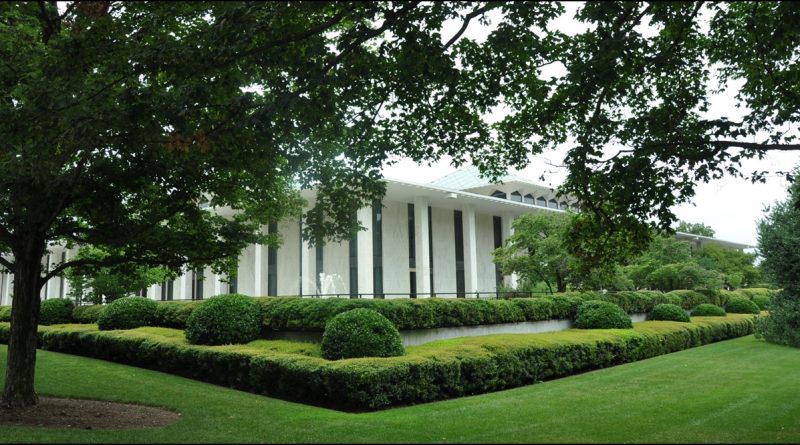 By DWAYNE DAUGHTRY — The North Carolina legislature has ended another session. Instead of creating jobs, passing a balanced budget, or tackling difficult challenges to the people of our state, they did business as usual, making the N.C. sex offender registry an utter mess. The passage of House Bill 593 was perhaps at best a coconspirator attempt making due process nearly impossible for those affected by the sex offender registry.

House Bill 593 goes into law effective August 1, 2020. The new law is in direct conflict with the Grabarczyk v. Stein lawsuit that was decided in favor of Mr. Grabarczyk. Now that the Grabarczyk case is on appeal, many unanswered questions remain about how the matter will be disposed of. NCRSOL will continue to monitor results from the case and make updates whenever possible.

But what the N.C. legislature failed to do was address how registrants are to seek shelter during a hurricane. Most of all, how do registrants get tested for COVID, especially when all the testing locations are on school grounds? You see, N.C. lawmakers do not want to understand the collateral consequences of the sex offender registry they created. They have been sold nothing more than tissues of lies that registrants are the most dangerous people in society. The facts are that registrants are perhaps the most compliant and least likely to be recidivists. Yet, lawmakers do not read scholarly journals nor listen to reason. Collectively, they perhaps represent the facilitation of “fake news” by ignoring data proven results by academics that remain neutral in registry issues. Instead, elected leaders continue to be persuaded by cash from lobbyists selling fear, lies, and deceit. Politicians don’t care about the people or crafting good laws. They only care about being reelected.

Typically, elected officials are under the impression that during a state of emergency or pandemic that laws are magically suspended or waived. At least this is what a few lawmakers conveyed to me during conversations at the legislative building. Despite my best attempt at educating lawmakers, the reasoning always falls on deaf ears. Registrants are generally rounded up and arrested for seeking shelter during a state of emergency or criminally charged at a school because that is the only place where COVID testing takes place. Then the orchestrated attempt by police comes when the camera crews are summoned by a police press release splattering the image of “sex offender caught at school” all over the headlines for days. Nevermind that registrants are people that require COVID testing or shelter during a violent hurricane. But, your lawmakers don’t want to fix the laws that keep registrants and their families alive and safe from harm. Moreover, most media outlets fail to report the truth about the collateral consequences of the sex offender registries by falling into the trap of only reporting a constructive narrative to paint any registrant as the worst-of-the-worst. Police, politicians, and the media should address the moral issue rather than painting a false narrative.

So, what do we do about it? There are many solutions, but it takes an army of registrants unafraid and undeterred to satisfy this mission. A solution begins with calling your lawmaker. Let them know that hurricane season is upon us. Every emergency shelter is at a school which is off-limits to sex offenders and their family. Demand that the law be changed during times of emergency proclaimed by the governor or town leaders. Additionally, speak about COVID-19 testing sites that are every school parking lot all across North Carolina. That means people on the sex offender registry cannot be tested on school grounds for a test that may save their life. Talk candidly about voting where nearly 96% of polling places are at school properties. Sure, there may be provisions within the law. But this isn’t the time to negotiate for what we should or shouldn’t bargain with when it comes to voting rights. This should be a time to exclaim registrants are people that deserve the same rights as any other person during times of emergency, pandemic crisis, and the ability to vote like any other American without special accommodation. Hold your elected officials accountable—otherwise, vote for another person to replace the voice that is supposed to represent you and second chances. Maybe, just maybe, registrants, registry family members, and allies of the anti-registry movement should consider running for public office to make our voice and concerns publically known?

Now is the time to become vocal and make changes to draconian and Jim Crow styled laws penned by the elected leadership entrusted to represent your interests. Now is the time for registrants to fight back and reclaim his/her civil rights. Now is the time for action. I encourage you to contact your state representative and put your concerns in front of them. Demand change! Demand it now! Otherwise, lawmakers will continue to think we don’t put up a fight.  The clock is ticking to save the over 25,000 registrants in our state.

Now is the time for action. Be a part of that action and become an advocate of change.

Too little, too late from the Wilson Times editorial board

4 thoughts on “It is time for North Carolina registrants to fight back!”