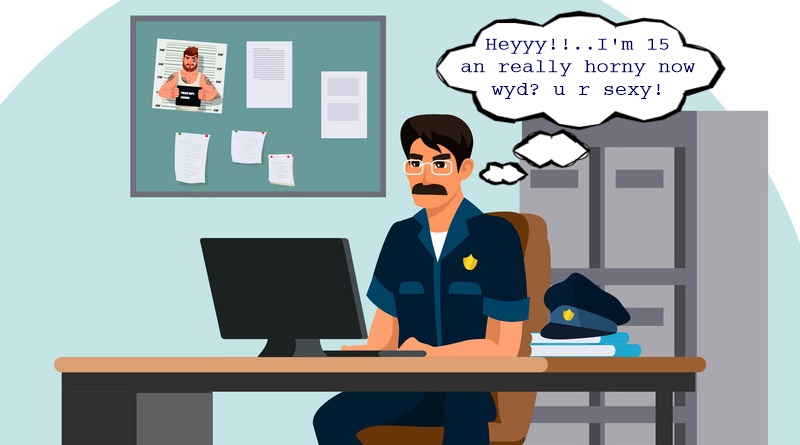 By Lois . . . Proactive electronic stings are about public image and self-congratulations for law enforcement entities and politicians, a false banner under which they can make claims about success in protecting children. The public will continue to support these tools of entrapment because they believe that those who wave these banners actually enhance child safety and reduce sexual crime.  Those who are closer to this issue, who know victims or persons prosecuted and imprisoned as a result of these stings, are more likely to question their value.

Sexual crime against children, women, and men is not new. Research supports the fact that all sexual crime, and especially that targeting children, is most often committed by persons known to the victims. Child-targeted sexual crime is most likely to occur at the victim’s home or the home of the perpetrator. On a larger scale, this behavior is passed down through generations of families.

Anyone who knows a victim or perpetrator of a sexual crime knows that it is not easy to come forward. Whether victim or perpetrator, the consequences, even before involvement in the legal system, are staggering: shock and disbelief of friends, loss of reputation, shame, disgrace to the family name, and, in some cultures, family honor.  All of these foster the perpetuation of sexual crime behind closed doors.

Media attention and headlines focus on sexual violence that is far less common – that against strangers. This is what law enforcement proactive entrapment stings play to, but they do not make us safer.

This wealth of material, however, does not translate to knowledge about how to deal with it. These young adults, raised on what was often internet fantasy and role-playing games, are a generation of people who are easily susceptible to the false situations created by law enforcement stings.

Arresting, imprisoning, and then registering these individuals as sexual criminals does not provide any safety to the public. No real child was at risk, indeed, no real child existed to be at risk. No harm was done – except to the “prey” who were snared in the traps of law enforcement dishonesty.

Establishing laws and prosecuting real crime are essential to maintaining civility and peace in a society. Entrapment stings are superficial, misdirected, and ineffective. They do not make us safer. Prevention of real sex crime begins at home. We need programs that are aimed at prevention and laws that are focused on real crime, not electronic stings manned by law enforcement officers much more zealous to add to their arrest record than they are to actually protect real children.

One thought on “Entrapment stings are superficial, misdirected, and ineffective”